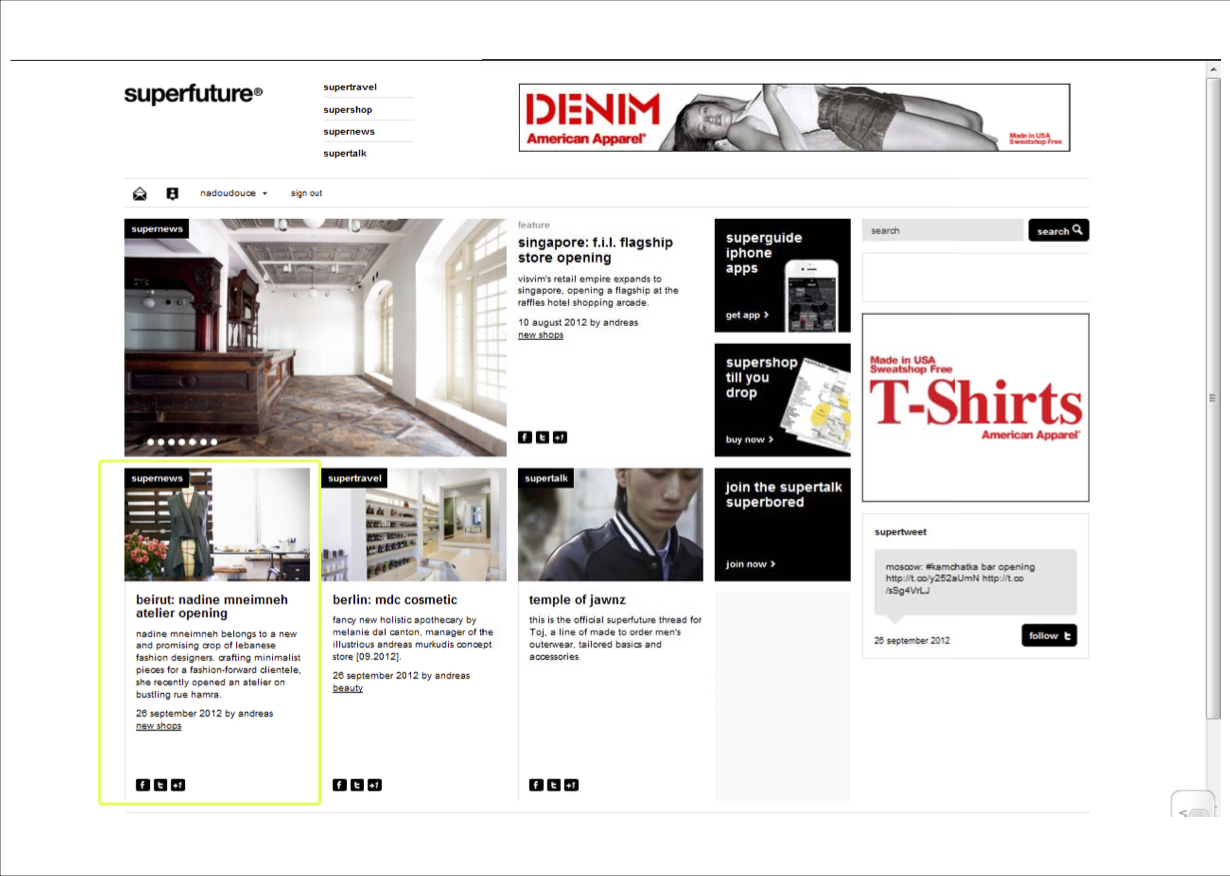 Nadine Mneimneh is a Beirut-based fashion designer. Born in Paris, she relocated to the Lebanese capital a little over a decade ago where she initially pursued a career in retail management. It wasn’t until Mneimneh attended a styling course in Milan that inspired her to take interest in fashion, and eventually enrolled at ESMOD to study the ins and outs of fashion design. Now belonging to a new and promising crop of Lebanese fashion designers, Nadine Mneimneh is making a name for herself with contemporary women’s collections in a style that she defines herself as boho-minimalism. The designer recently opened an atelier-showroom in Hamra, a lively neighborhood in west Beirut that’s known for its nightlife and currently also on the rise as a creative hub. Located in a converted cinema, the atelier’s setting is industrial and modern with vintage elements blended in. the atelier’s furnishings have been inventively made from recycled wood pallets, and create a welcoming, almost homey vibe. and to keep the configuration flexible, most items have been cleverly mounted on wheels. Mind you, although this is an atelier-showroom space, shoppers are able to drop by and snap up any of Nadine Mneimneh’s cool creations.