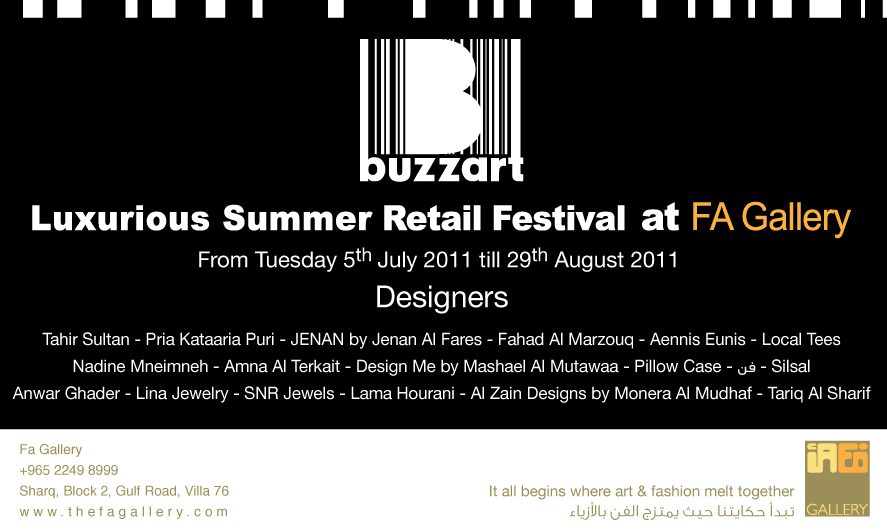 The  FA Gallery Kuwait , newly rename the Hub Kuwait,  is organizing “Buzzart”, a showcase of several designers from the Middle East during the months of July and August. New themes will be introduced every two weeks, for a period extending from Ramadan to Eid.

Check all the events here