First Order? 10% OFF with code FIRST 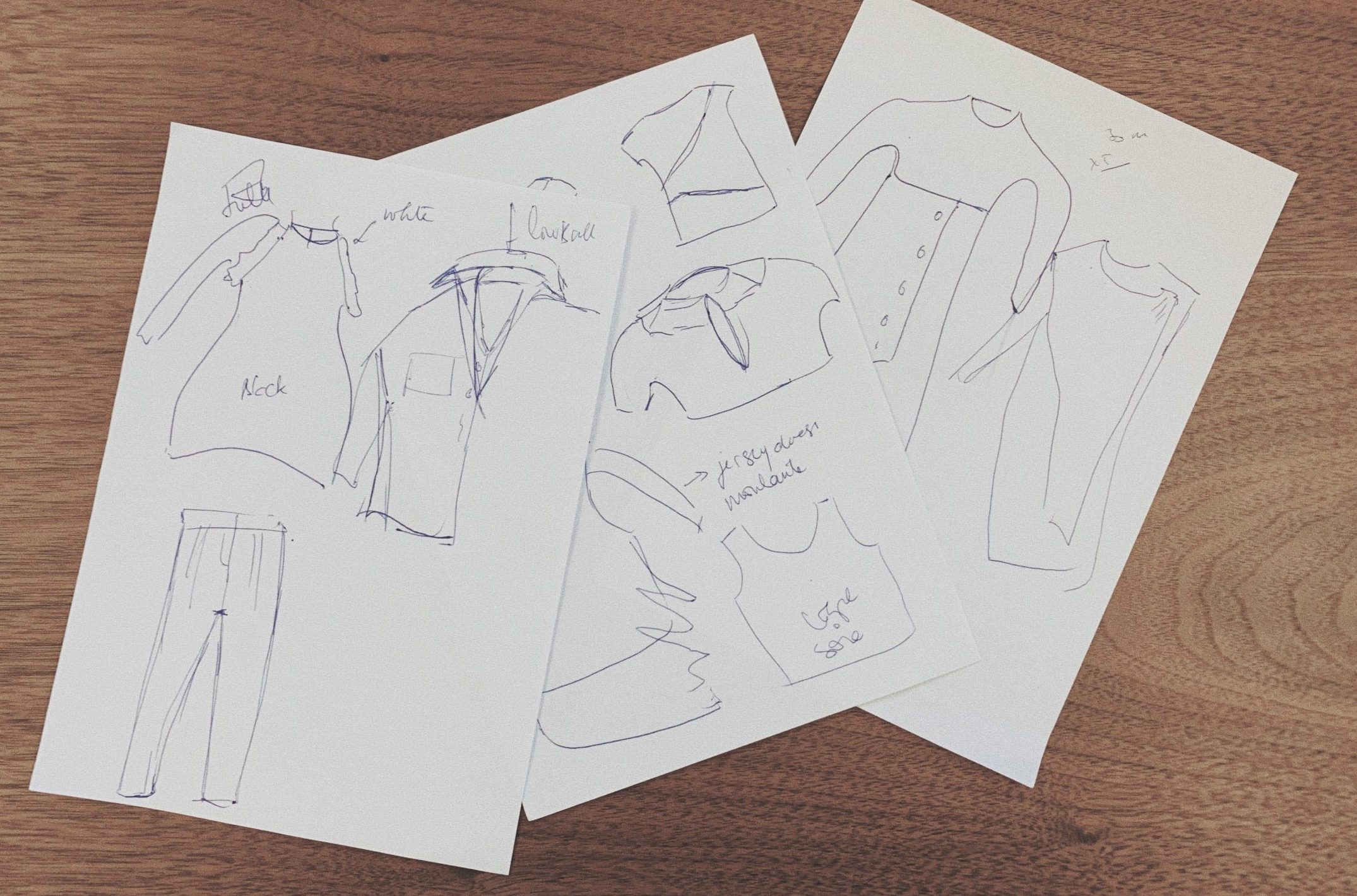 I’ve never been keen on drawing or illustrating. During my time in fashion school, I would get very lazy at detailing the hands, the nose, the hair, or eye makeup of my figurine sketches. I couldn’t wait to go to the cutting table, lay that thin paper and start drafting the pattern.

During a job interview soon after graduation, I was asked by the designer’s assistant how much I could sell a dress for to a client, based on a sketch only. I remember looking at my portfolio and looking back again at the sketch he had presented me, with glitter spread all over the drawn dress, mimicking the sequins and Swarovski stones embellishments, and thinking to myself how difficult it would be for me to find a fashion house in Lebanon to fit in and gain experience from .

It was 2009, at that time couture was the bread and butter of the fashion industry in Lebanon. At that time, and in order to be “successful”, a Lebanese designer had to prove him/herself abroad first , in order to gain value in the eye of the Lebanese consumers.

The general mindset was that Lebanese-made ready-to-wear was not really worth the price, only couture dresses were worth spending money on. Retailers were neither keen on buying wholesale from local designers, fearing it might devalue their store image.

I remember being at a meeting with a local boutique owner along with other designers. One of the designers asked if he would sell local designers fashion, to which he answered “I sell only one Lebanese brand, it’s because she (the designer) is Brazilian-Lebanese and lives in Brazil”.  To this day, retailers would rather place the merchandise on consignment instead of giving it a chance and actually buy the collection wholesale.

But luckily things change, the consumers’ mindset has changed a lot, this is why new brands are burgeoning, each one having something to say, whether it’s about aesthetics, sustainability, supporting the local community, preserving the craft, voicing the youth, and ultimately being this great vehicle for all the Lebanese culture there is to share through its people, its diaspora, and its history.